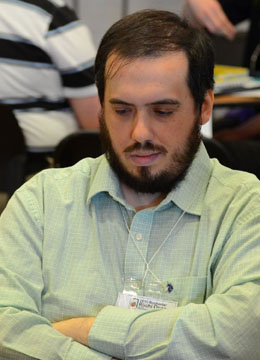 Today we sit down with the President of the United States Pro Mahjong League (USPML), up-and-comer David Bresnick, to talk mahjong, the ups and downs of trying to bring together isolated populations of mahjong players into a unified national organization, and the NYC International Riichi Open, open to any player looking to take a step forward into the professional world.
David provided us with a plethora of information, and so we’re going to split this interview up into two parts – this one is focused on him, the USPML and Reach Mahjong around the world, and the one dedicated to the upcoming Open can be found here.

Reach Mahjong: What got you into it? Why are you such a big fan?

All my life I’ve loved games – board games, video games, card games, you name it. The mixture of puzzle and competition that a good game provides is something that really appeals to me. I was aware of the existence of mahjong as a game but I hadn’t really had any exposure to it until I stumbled across the Akagi anime. I was pretty incredulous about whether or not a story based on mahjong would be engaging, but Fukumoto managed to completely absorb me. Aside from being a fun story with plenty of pulpy melodrama, there was a game in there – a game that looked pretty interesting!
My enduring love of Riichi comes, I think, from the balance between defensive and offensive play. At the core there’s this statistical game – how can I form a hand, what tiles am I likely to draw – but then there’s the question of how far you should push that. Because the player who deals in is responsible for the full payment, pushing too far means you could lose big! But thanks to the way discards work and furiten, you have a trickle of information coming in that you can use to protect yourself. You can walk the exciting line between breaking your hand and staying ready, and even if you decide to fold completely you still have to think about the best way to go about it. There are very few moments where you have nothing to think about in Riichi, and that’s what I love the most about it.

Can you give us an overview of the USPML?

The USPML has been many things over the past 5 years – we started as an experiment. After spending several years playing Riichi with my friends, we wanted to see if we could build a local play group and start to get more people involved with the game. And for a while, we primarily existed as a local club here in NYC. However, as time went on and several of us got more involved with our counterparts in Europe and Japan, we realized we could accomplish a lot more than that. We’ve started building up a network of players around the country, getting involved in sponsoring major tournaments like the WRC and appearing at major conventions. Our hope is to grow into an organizing body for Riichi mahjong here in the United States that will help provide local clubs and chapters with the support they need to thrive!

What do you think of the state of organized Reach Mahjong outside of Japan?

Mahjong isn’t as much of a cultural institution outside of Japan, but we’ve seen a lot of growth in Riichi play. Europe has a very strong scene, Russia has its own developing players and here in North America there are several groups – my own USPML in New York, the Club Riichi de Montreal (in Montreal, of course), the Pacific Mahjong League in California and other groups as well (Seattle, Texas, Chicago) (editor’s note: and upstate New York!). Obviously I can’t list them all and my apologies to anyone I forgot to mention! The important thing is that people are learning to play and groups are springing up all over.

The WRC has been a major positive force because it gives everyone something to aspire to. While I’ve been to some great tournaments in Europe, the fact that I’m not part of the EMA’s ranking system means I don’t really have any long-term investment in participation.
However, since the WRC is an international event, clubs in all nations can expect to be represented and work to produce the best competitors. I’m expecting a lot of growth!

Tell us more about the WRC (World Riichi Championship). 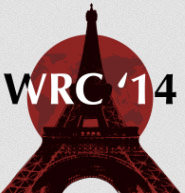 Unfortunately, I’m forced to admit that working with the WRC committee isn’t as fast-paced or glamorous as you might imagine – we don’t have a private jet or secret conferences.
What we do have is a very dedicated group of people from around the globe working together to build up the WRC as a major event!
To date I’d say our biggest labor (and our biggest success!) has been the codification of the World Riichi Championship ruleset. All of the major Riichi bodies worldwide have contributed to and approved of this document, which provides – for the first time – an organization-neutral English ruleset that can be a baseline for Riichi play here in the West. In saying this I must give particular credit to Sylvain Malbec who has been responsible for compiling all of this information and producing the actual rules document.
Lots of groups have their own house rules, and the various options and flavors can be a lot of fun! However, in my opinion, having a clear and maintained set of tournament rules gives Riichi players a solid, consistent foundation that future organizations and events can build upon.

You’ve done a number of other events as well – tell us about PAX East.

I was fortunate enough to make an online connection with someone involved in organizing the tabletop section of PAX East – they suggested that I participate and I decided to take the plunge! Putting together a booth for a show like PAX, even for the fairly simple setup that we had, is a huge amount of work and preparation. I even went so far as to fly to Japan to negotiate, in person, the acquisition of an Amos Ultima automatic table to show off at the event. After all of that, the convention itself was a long drive up to Boston, three days of exhausting work and nowhere near enough sleep.
Sounds pretty awful, right? Well it was – but at the same time it was immensely rewarding. At the outset I was expecting some mild attention as a curiosity, but we were quickly swarmed with people. Plenty were there just to get a peek at the automatic table, but our teaching tables quickly filled up…and stayed full. People were rushing to our booth at the beginning of the day to play, our lessons were booked hours in advance. It was hugely heartening to see how many people were genuinely interested in mahjong! After making it through the trial-by-fire of that first experience, we went on to do it again next year, only bigger and with a lot less grief. As of now we plan on continuing to run a booth at PAX East so hopefully we’ll be able to meet some of your readers. If you’re planning on attending the convention, please stop by!

So, where do you think North American Reach Mahjong is going in the next few years?

Up, of course! With the WRC on the way [to North America] in 2017, we’re going to be working on getting the community galvanized, holding more events and teaching more people to play. We want there to be a strong competitive scene here in North America! However, the biggest challenge standing in the way of that is size itself – this is a pretty big continent! With players along both coasts, cross-country trips for events aren’t trivial and it’s difficult to get everyone together. One of the best ways to get around this is with online tournaments, like the qualifier for the WRC that we ran in January 2014. There are a few avenues we’re looking into in this direction, and although I can’t say anything definite about that quite yet I can tell you that our goal is to have a viable, English-language online play option for our players.
Moving forward you can expect to see a lot more activity here in North America – more convention appearances, more events and more media! We want a strong ramp-up to culminate in a great 2017 World Riichi Championship!

Thanks, David! We’re all looking forward to seeing you at the Open! for those of you looking for more infomation on the USPML, check out their website at http://www.uspml.com! 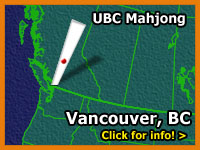